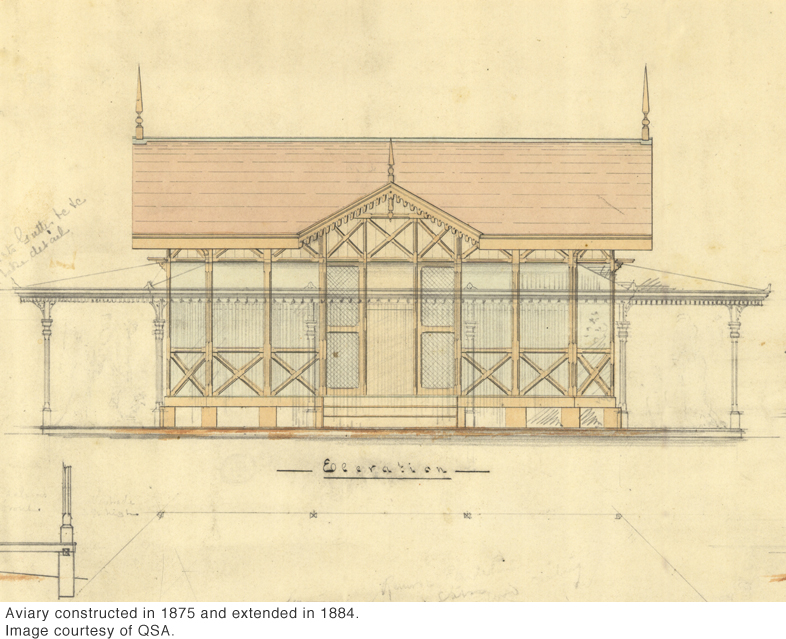 The second half of the nineteenth century was an exciting time for science and exploration with thousands of new birds and animals being discovered. Bird watching and collecting became an extremely popular hobby. Each of Queensland's governors were impressed by the beauty of our native birds and most built up collections. In 1872, Governor Normanby offered a reward to the person who returned his Red-winged Green Parrot, which had escaped from its cage.

In 1875 a large aviary was designed and built for Governor Cairns to display his collection of birds and to give the birds more room. Enlarged in 1884 the aviary remained for many years as a beautiful feature to be seen while walking in the gardens of the House.