Hiding in the shadows 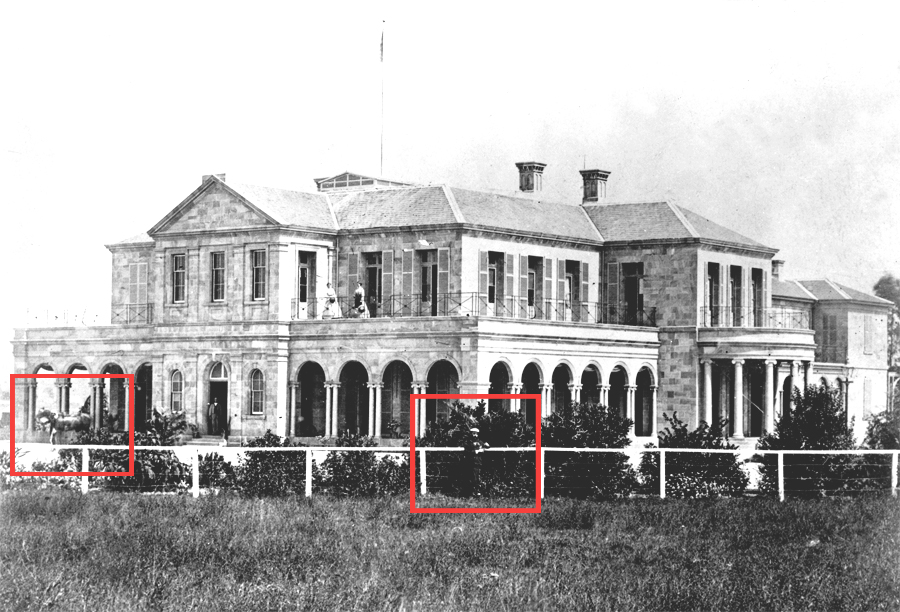 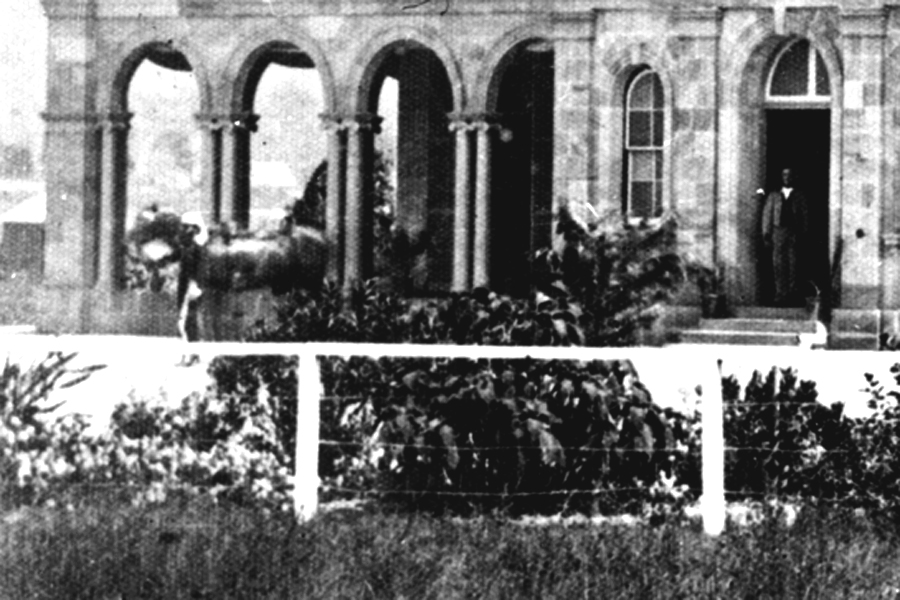 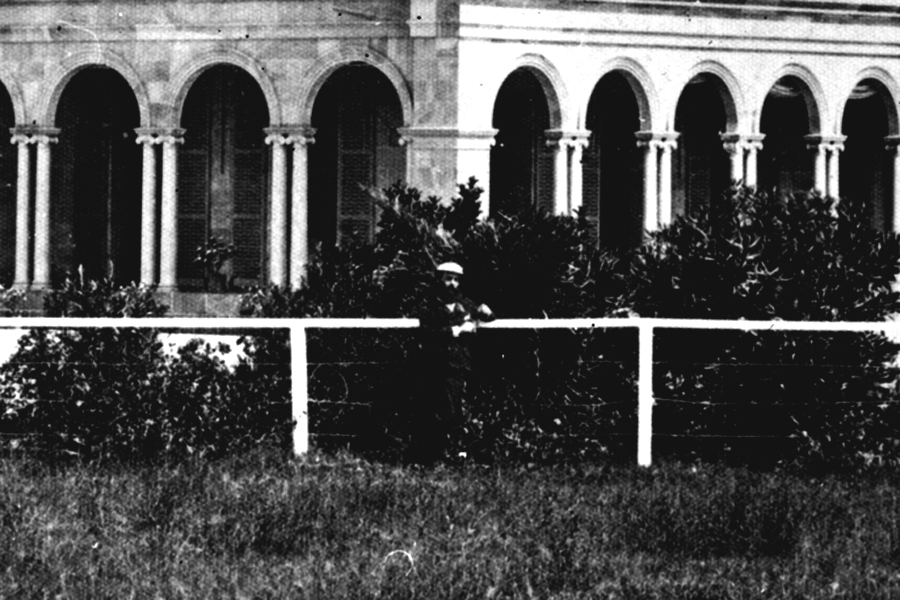 Hiding in the shadows

When poring over the detail of the more than century old photographs of Old Government House, it can be quite a surprise when a face unexpectedly appears from the shadows of a photo.

Taken in 1869 this photograph (above) is one of the earliest of the House and at first glance has three people in it. The two ladies, on the upper veranda, though not named are most likely Mrs Terry and Mrs Creagh, the wives of Governor Blackall's Private Secretary and Aide-de-Camp. The third person is an unknown man standing in the front door. On closer inspection the military guard for the governor from the 50th (Queen's Own) Regiment detachment comes into view standing with his horse. Not for some time does Albert Drury become obvious in the foreground. During his long career as Clerk to the Executive Council (1867–1904) Drury served under Queensland's first nine governors and three Administrators. He was a regular visitor to the house and on several occasions Drury acted as the Governor's private secretary. In the above image, Sir Samuel Griffith, Lieutenant Governor of Queensland is photographed (front row centre) with the high-ranking officers of Queensland's Defence Forces. This photograph was taken on 1 November 1899 to commemorate the departure of Queensland's first contingent of troops to South Africa. Looking on from inside the House, between the two white Ionian columns, is an unknown man!