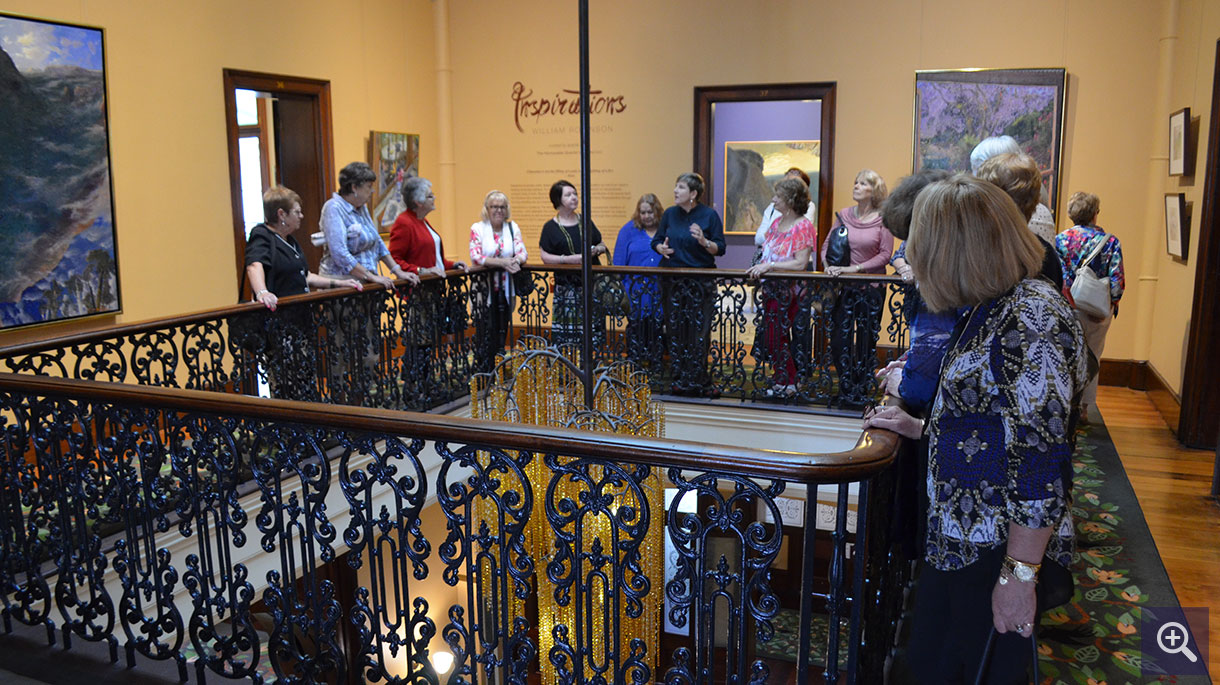 Art lovers from across Australia gathered on Wednesday evening (August 26) to celebrate the opening of a new gallery of works by William Robinson, at the recently-restored Old Government House.

The gallery was officially opened by Therese Rein, the wife of Australian Prime Minister Kevin Rudd, in front of special guests including Queensland Governor Penelope Wensley, AO, and Mr Robinson and his wife Shirley.

The William Robinson Gallery pays tribute to one of Australia's greatest landscape painters, whose portraits have also been recognised with two Archibald Prizes.

The beautiful gallery opened to the public on Thursday, August 27, and is the first permanent exhibition of his work.

Entry is free, from 10am to 5pm, Sundays to Fridays.

QUT Vice-Chancellor Professor Peter Coaldrake said the university was delighted to have opened the gallery to the public.

"QUT has the largest and most significant public collection of William Robinson works in Australia – over 120 pieces," he said.

"We are proud of all that he has achieved, and proud of the beautiful art space that has been created in one of Queensland's most significant historic buildings, Old Government House. We hope the public will enjoy it for many years."

Gallery director Stephen Rainbird said there had been strong interest in the new gallery from around Queensland and interstate.

"More than 350 people from across the country accepted invitations to attend the opening," he said.

"We have had many requests for guided tours already, with bookings during the first week including a group of 100 people from Brisbane and a visiting group of art benefactors from Western Australia."

Mr Rainbird said that the William Robinson Gallery features 41 of the artist's works, several sketchbooks and memorabilia including the artist's palette which was used to create all of Mr Robinson's paintings from 2001 to 2008.

A new exhibition of his art will open at the gallery every 12 months.

Mr Robinson's achievements in the art world include winning the prestigious Wynne Prize for Landscape Painting twice (1990, 1996) and two Archibald Prizes (1987, 1995) for self-portraits. Both of his Archibald winning entries are included in the present exhibition.

His paintings are highly sought after, with the value of his most significant individual works now nearing $1 million.