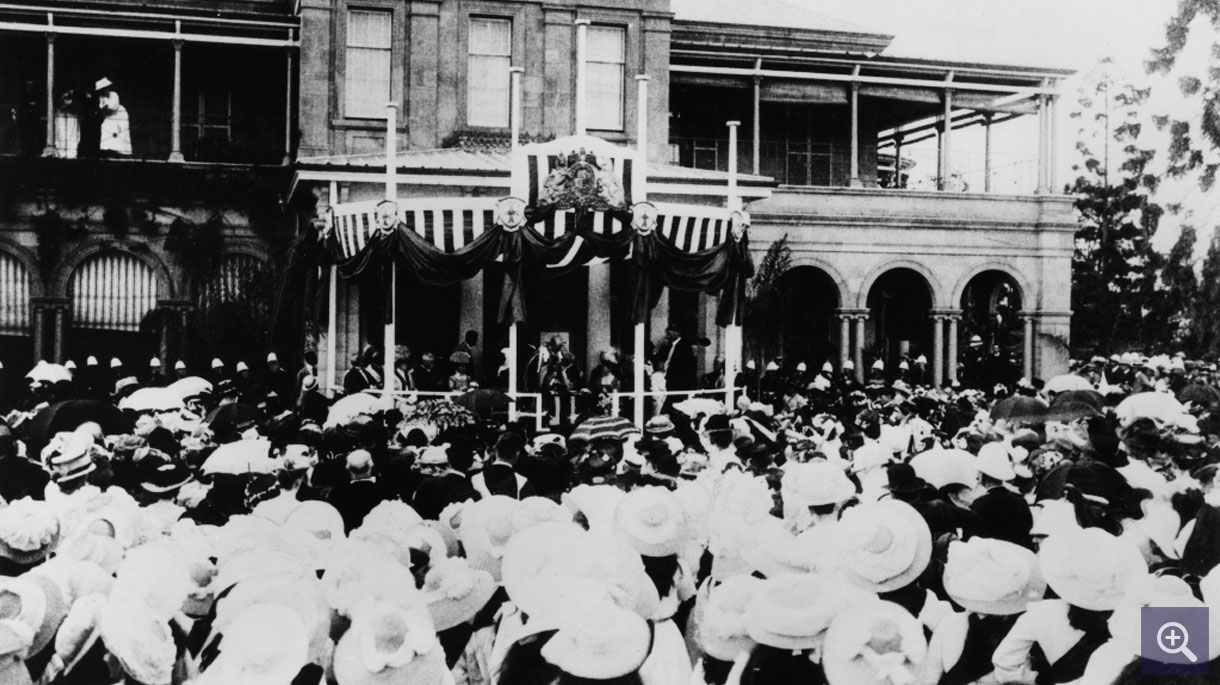 On 10 December 1909, as part of the celebrations of Queensland's first 50 years, nearly 2000 men, women and children gathered in front of Government House to witness His Excellency Sir William MacGregor officially hand over his vice-regal residence to be used as the University of Queensland's (UQ) inaugural building.

The central city location of Government House, the available land around it and that the existing house/building could quickly and inexpensively be converted into lecture rooms and laboratories were key factors that resulted in Government House being chosen over Victoria Park as the site of Queensland's first and Australia's fifth university.