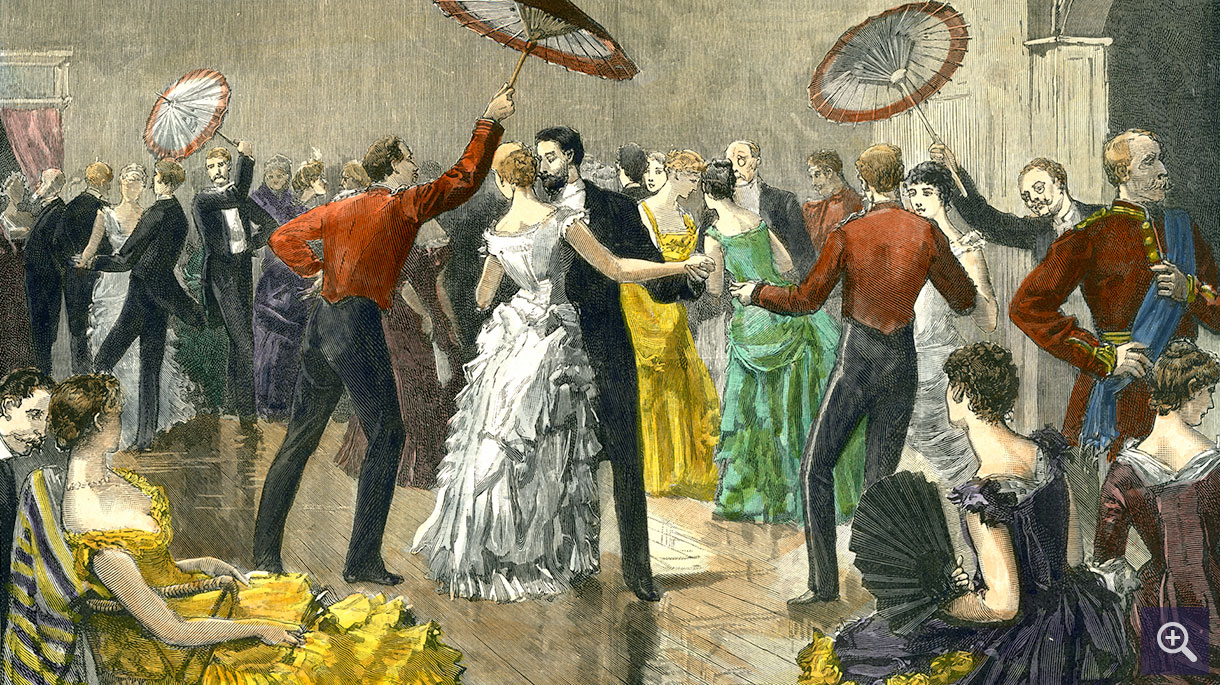 A cotillion was a ball where young ladies were presented (debuted) in society. Only the very latest and finest fashions were worn and each debutante's dress was described in newspaper the following day.

Government House was the scene of many brilliant balls, receptions, dinners and garden parties, and these events were the most prestigious in the Colony. Entertaining was an important official duty of the governor, and his residence was the focus of social life in Brisbane. How a governor 'dispensed hospitalities' often determined his popularity. Governor Kennedy was 'not popular' because as Henry Littleton explained in 1879 he gave 'no dinners or parties of any sort which is always a high misdemeanour in the eyes of Colonial Society'. The most popular vice-regal couple were the Lamingtons who entertained lavishly.

'The chief social event of the year' was the Birthday Ball held in May to celebrate Queen Victoria's birthday. In 1862, four hundred guests attended the first Birthday Ball held in the House. Initially, the House was an excellent venue for vice-regal functions. The 'three principal rooms' on the ground floor were 'used for dancing'; the private drawing room served as 'a card and conversation room', light refreshments were served in the vestibule and the covered courtyard became the supper room.